With almost 5,000 stadiums in 224 different countries, it’s impossible for everyone to definitively agree on where is best to watch football. Supporters all have their favourites, borne out of tribalism or otherwise, but there are some footballing cauldrons which must be seen to be believed. With stunning views, captivating atmospheres and historical context aplenty, we’ve identified the 10 stadiums football obsessives must have on their bucket lists. 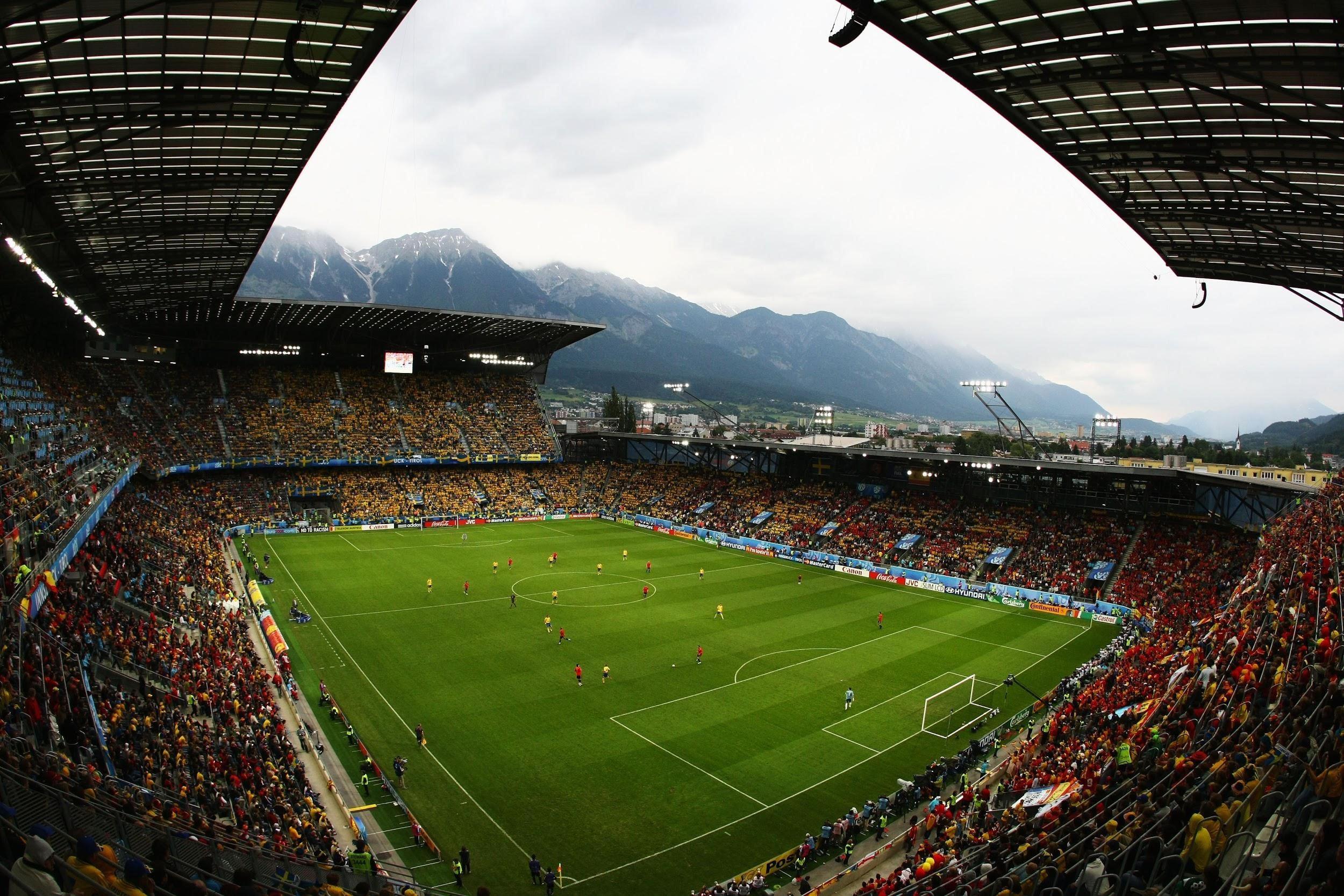 Opened in 2000, the 15,200-seater stadium was one of the venues for Euro 2008, hosting three matches including two of eventual winners Spain’s group games - its capacity was increased to 30,000 for the tournament.

Austrian Bundesliga action, breathtaking mountain views and a stand equipped for safe standing; what more could you want? 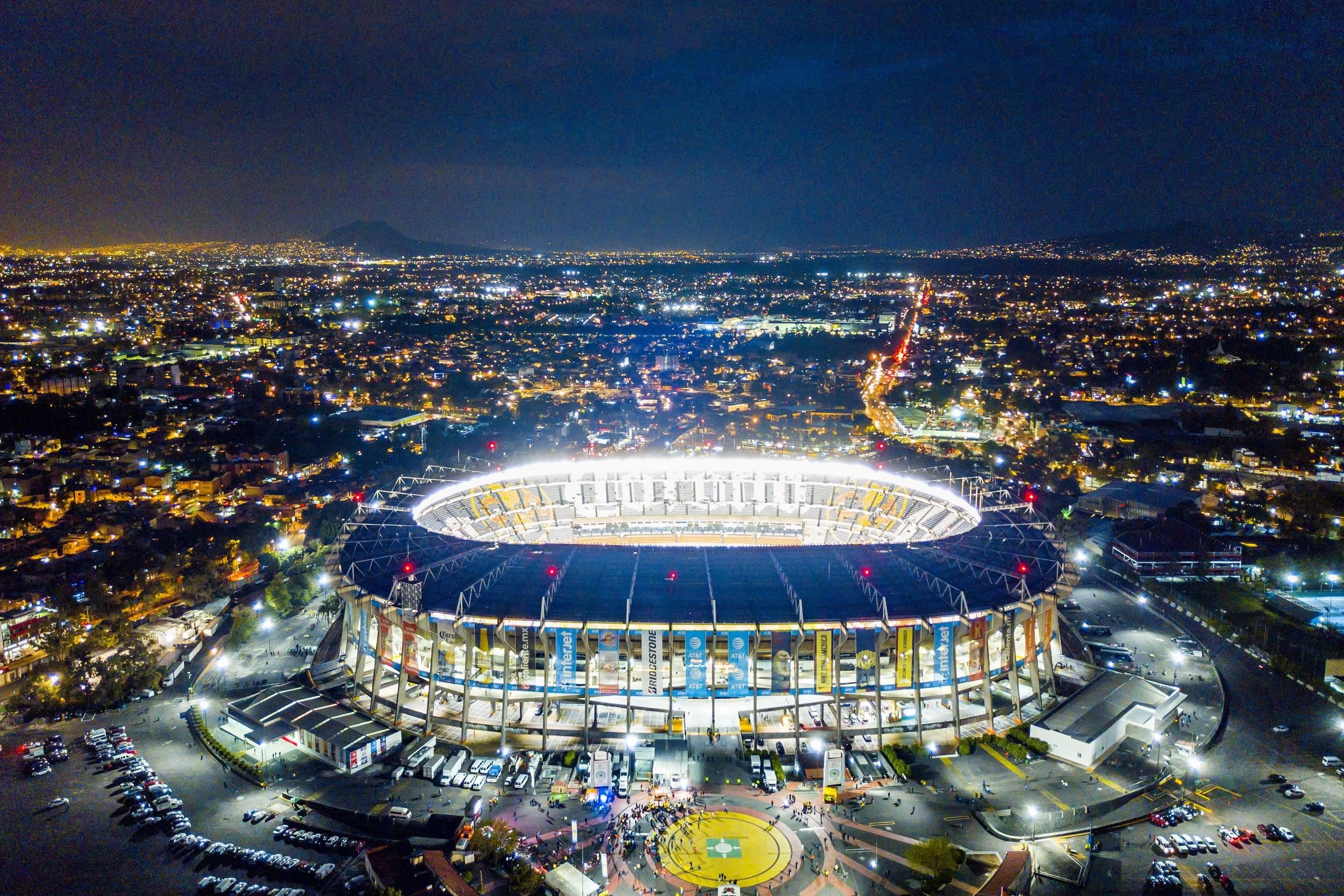 From hosting Italy 4-3 West Germany in 1970 - a clash many called ‘The Game of the Century’ - to witnessing footballing giants such as Pelé and Diego Maradona strut their stuff on its hallowed turf, Estadio Azteca is undoubtedly one of the world’s most iconic stadiums.

Two World Cup finals have been played out in one of Mexico’s biggest attractions, which is now the home of the national team and Liga MX side Club America.

An intimidating cauldron for any visiting team, who not only have to deal with the feverous fans but also altitude - the stadium is astonishingly over 2,200 metres above sea level. 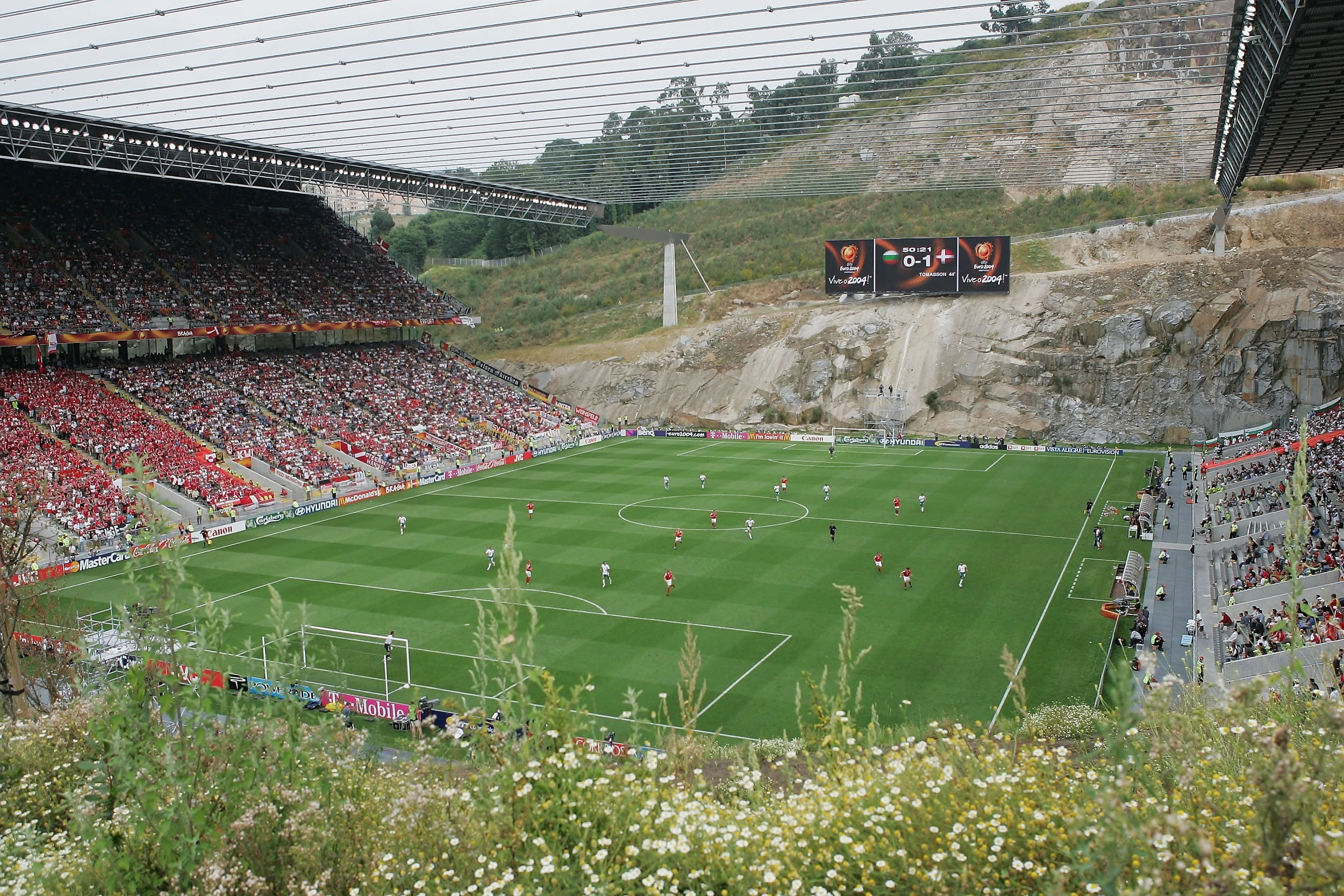 Carved into the Monte Castro quarry, the home of Primeira Liga side Braga only has two stands: one shows granite, the other a view of the city.

A must-see for football fans and tourists, the stadium - winner of the Chicago Athenaeum International Architecture Award for best global design in 2006 - hosted two matches during Euro 2004. 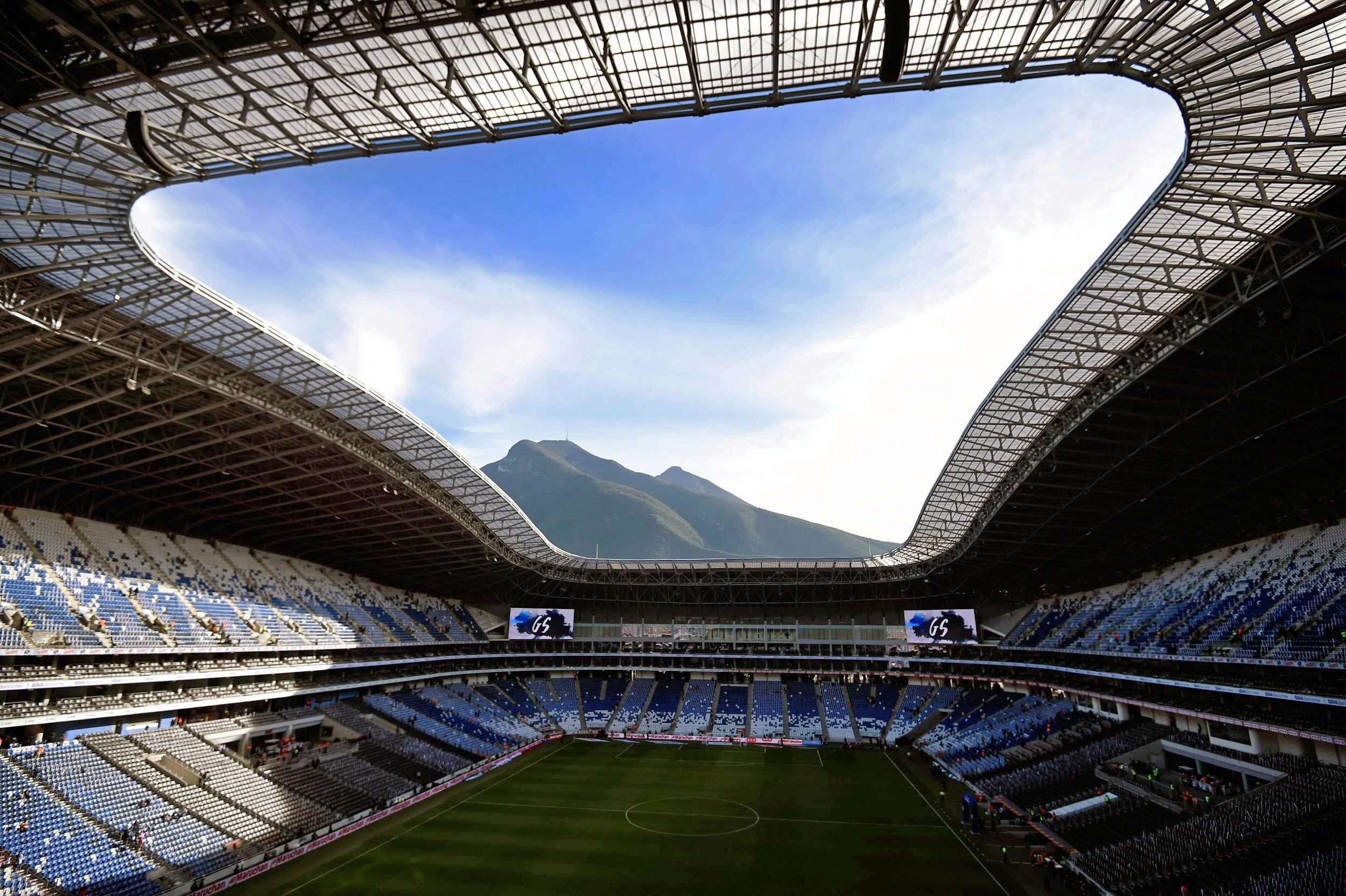 Nicknamed ‘El Gigante de Acero’ - Spanish for ‘The Steel Giant’ - Estadio BBVA Bancomer plays host to Liga MX side Monterrey, its design influenced by the mountains that can be seen from the stands.

After opening in 2015, the stadium has already seen its capacity increase by 51,500 to 53,500, with many believing it to be the most intimidating ground in Latin America. 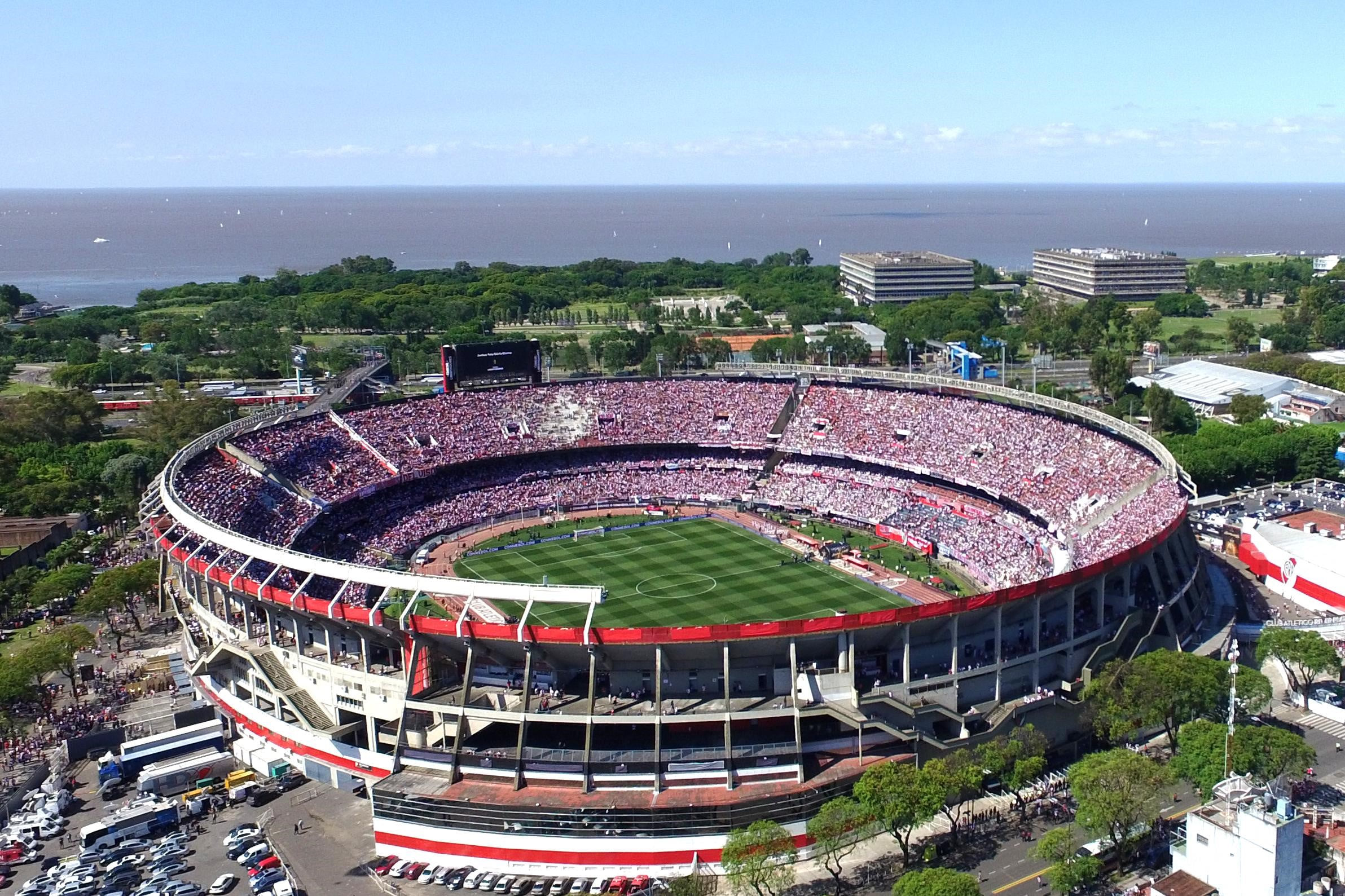 A real footballing cathedral, El Monumental is the host of Argentine giants River Plate and the national team; it was the centrepiece for a Mario Kempes-inspired Argentina when they achieved glory in the 1978 World Cup.

Opened in 1938 following a surge in River’s popularity, the 61,321-seater stadium quickly became home for Los Millonarios, who endured a rather nomadic existence before settling for their base in northern Buenos Aires.

Renovated in 2010, El Monumental was the brainwave of president Antonio Vespucio Liberti, who fought naysayers to gain approval and eventually deliver a ground that is a must-visit for every football fanatic. 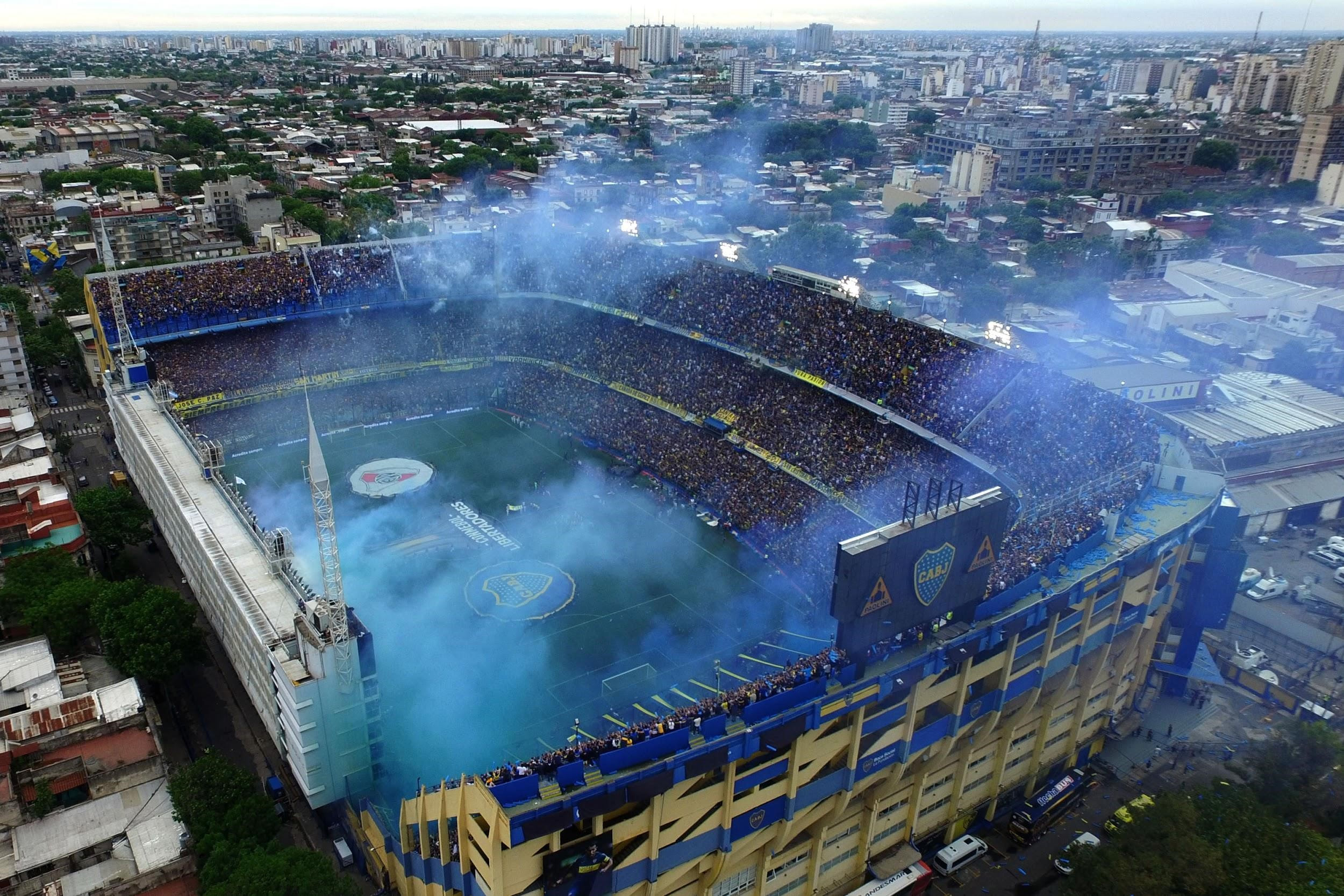 They say in Argentina: “La Bombonera does not tremble, it beats.” Nicknamed the ‘the chocolate box’ for its steep stands that almost stack the fans on top of one another, the incessant jumping and stomping from the Boca Juniors’ faithful makes the D-shaped Bombonera vibrate, with the subsequent tremors felt in the stands and on the pitch.

“When I first entered La Bombonera, I started running to warm up and felt like the ground was shaking,” said Ariel Krasouski, title winner with Boca in 1981. “At first, I thought it was my legs, and I was worried.

“Then I realised that it wasn’t me, it was the ground. The ground was moving. Later, I realised it happened to all the players. When La Bombonera is full and all the fans are singing, it has that powerful effect on you. Not just mentally, but also physically.”

Built in 1934, La Bombonera was named the ‘most fearsome’ in a poll conducted on the Copa Libertadores’ website a few years ago, and watching from the top of the stand is not advised if one is afraid of heights.

You too can become a Boca ultra, if only for one day - tourists can take part in the ‘Adrenalina Tour’, immersing themselves with the club’s most die-hard fans and being enveloped by the mini-earthquakes they create. 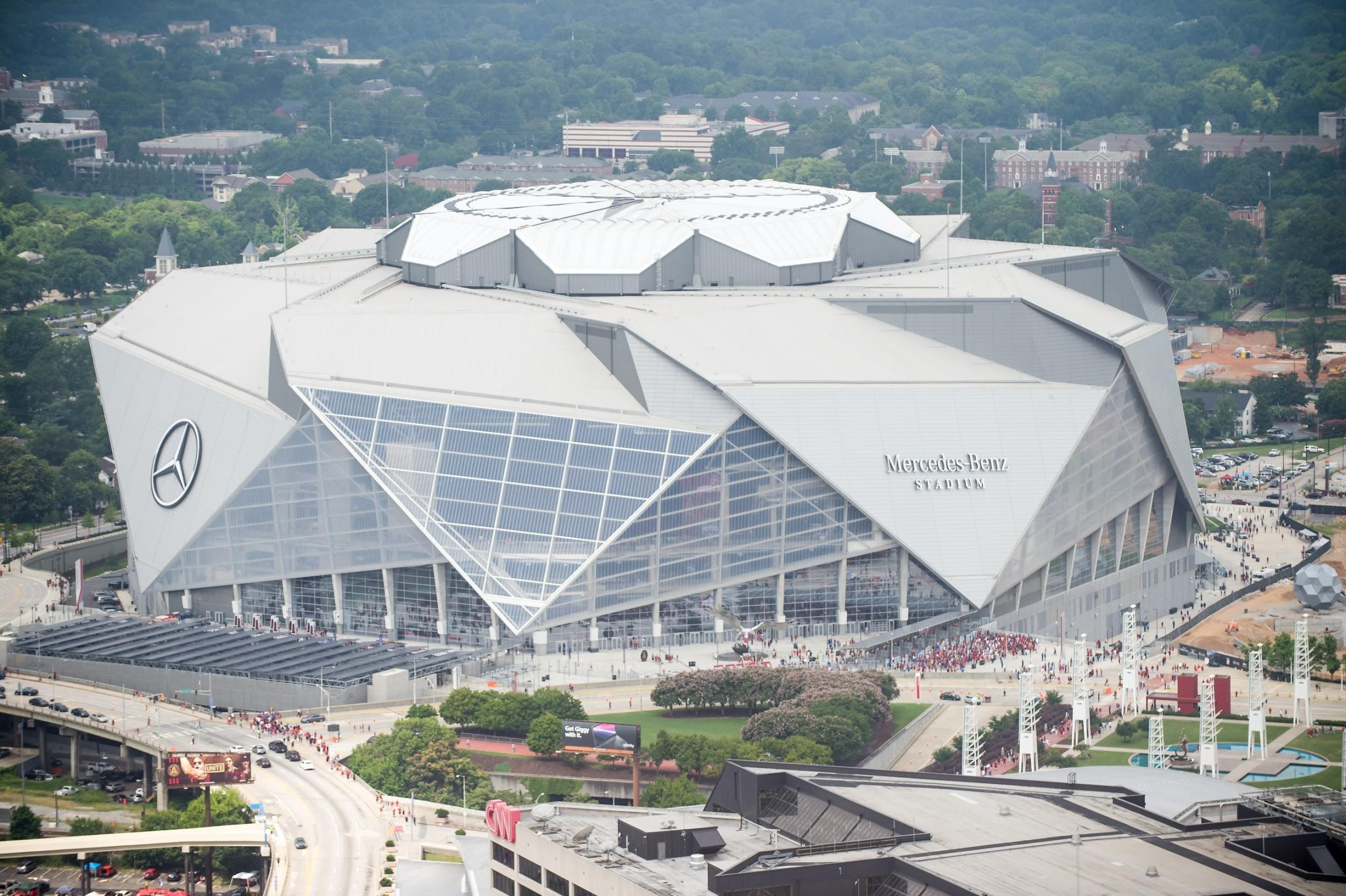 A piece of technological and architectural brilliance, the Mercedes-Benz Stadium is more Times Square than football ground.

With its eight-piece retractable roof - able to open and close in less than 10 minutes - a ‘halo board’ comprised of over 63,000 square ft of screen and a Mega Column with a three-sided LED screen, the home of MLS outfit Atlanta United is designed with the purpose of providing a unique experience for the fans, who can also take advantage of the refreshingly cheap pricing for food and drink.

Opened in 2017, the 71,000-strong arena has already witnessed history, playing host to Atlanta’s MLS Cup win back in December 2018 and the 53rd Superbowl in February. 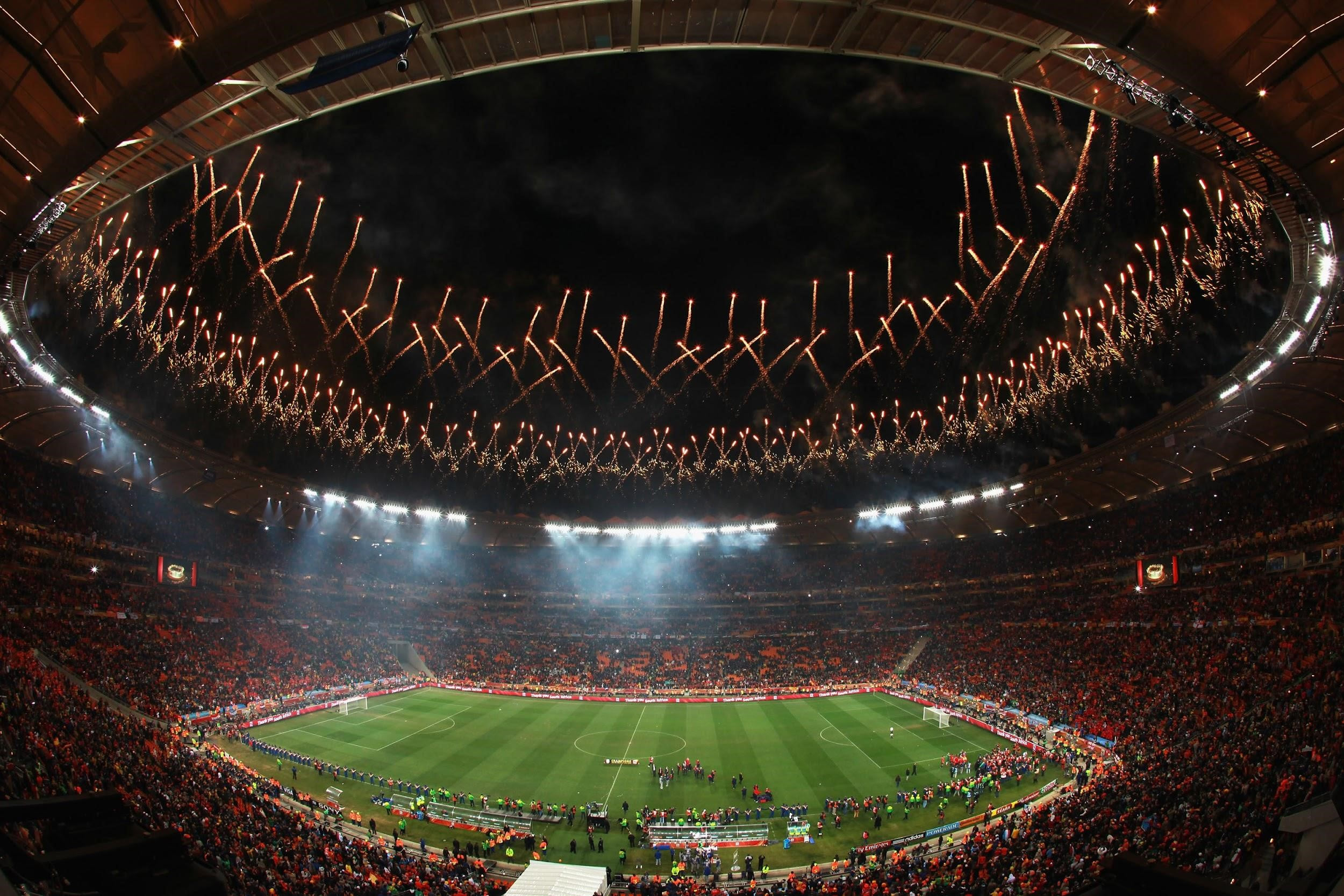 Its shape inspired by a calabash - An African cooking utensil - Soccer City’s unique design has left many in awe, including none other than Diego Maradona, who hoped to lead Argentina to glory in the flagship venue of the 2010 World Cup.

“I have played in many stadiums but this is one of the most beautiful I have ever seen. I hope to be back here on July 11 for the World Cup final.”

Things didn’t quite work out for Maradona and La Albiceleste, who bowed out in the last 16, but Soccer City did host a historic World Cup final, as the Netherlands went away from their Total Football philosophy to wage war on Spain, who ran out victorious in extra-time.

Built in 1987, the 95,000-seater stadium promises a striking view for all with no restricted views and no seat further than 100 metres away from the pitch, while the 10 vertical lines are aligned with the nine other stadiums which helped host the greatest show on earth nine years ago. 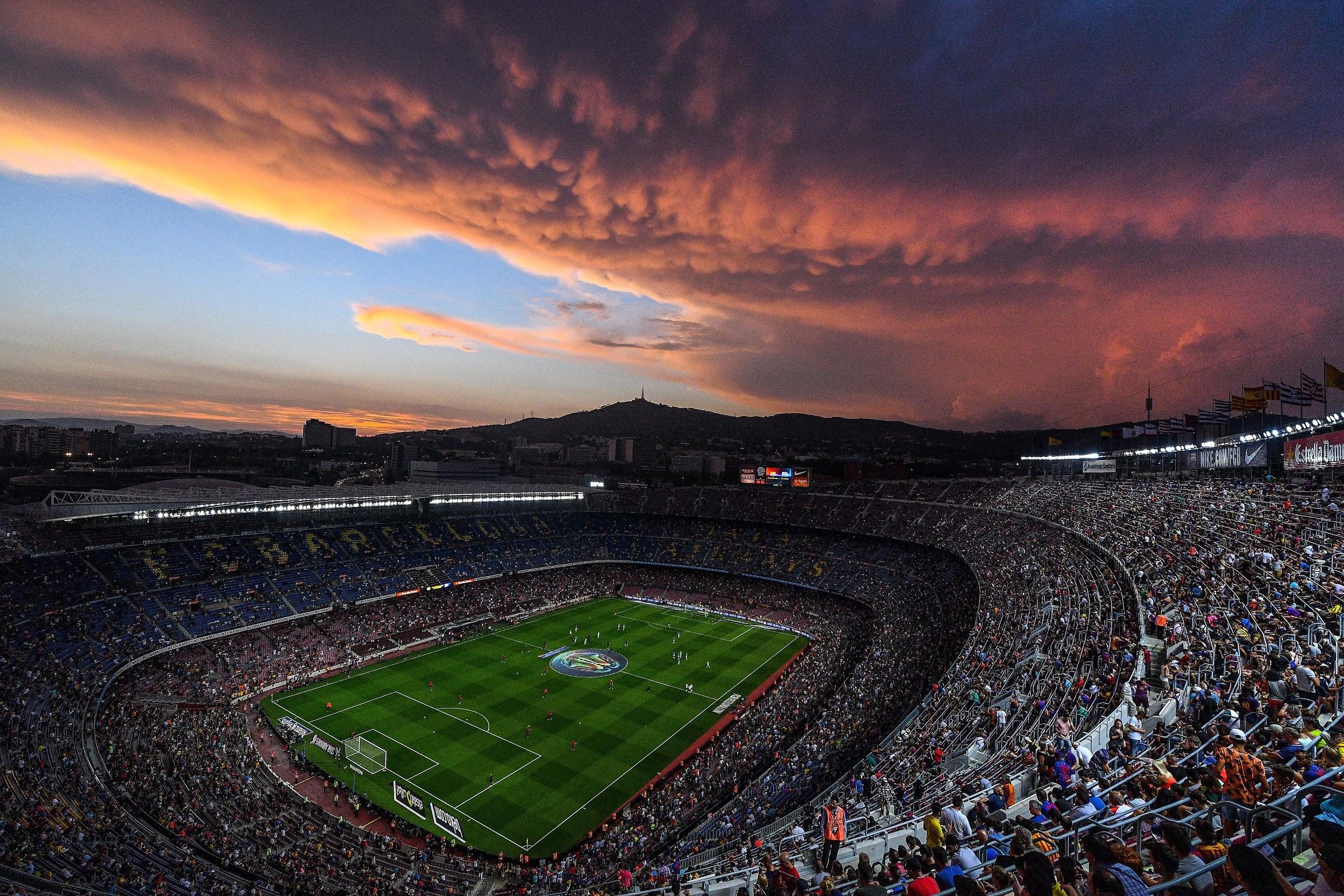 Millions flock to Camp Nou to witness the brilliance of Barcelona legend Lionel Messi, but the stadium’s existence is largely down to another Barça legend.

Camp Nou opened in 1957 and was second to only La Maracana in terms of capacity, until health and safety reasons saw the club had to reduce the amount of spectators it could hold from 120,000 to just under 90,000.

Despite the reduction, it’s still the largest stadium in Europe and was used for the 1982 World Cup and the 1992 Olympics, and there are plans to increase the capacity to over 100,000 in the next few years.

An old-fashioned monument - arguably the biggest attraction Barcelona has to offer - Camp Nou not only offers wonderful football but breathtaking views of the city, while the noise generated from the fervent group of supporters situated in the lower South stand ensures for a lively occasion whoever the opponent. The enthralling museum detailing Barca’s illustrious history is well worth a pre-match visit, too. 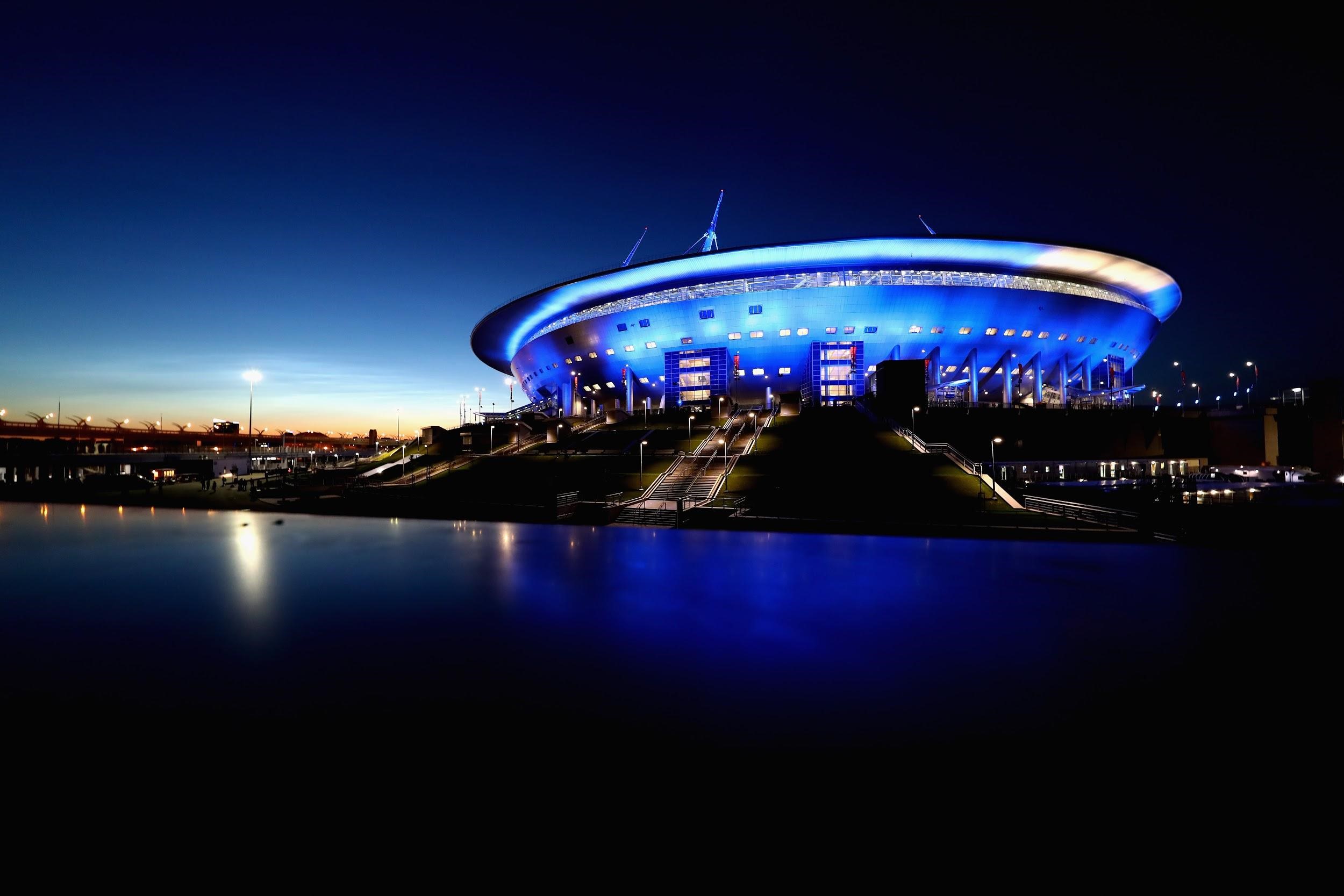 Home of Russian giants Zenit St Petersburg, the construction of the Krestovsky Stadium took longer than anyone had initially anticipated, but the finished product looks well worth the wait.

Due to be built in 2008, funding issues and the death of Japanese architect Kisho Kurokawa meant the stadium did not open its doors until March 2017. Kurokawa wanted the stadium to look a spaceship that had landed on earth; it’s safe to say his vision was brought to life.

Able to house almost 65,000 Zenit or Russia fans, the ground’s extendable roof and retractable pitch helps combat the country’s biting weather - it is equipped to maintain a temperature of 20 degrees and above - while the views from behind the seats offer stunning views of the Gulf of Finland.

Krestovsky hosted no fewer than seven 2018 World Cup matches and is due to host three Euro 2020 fixtures. Fans looking for an adrenaline rush needn’t wait until they get into the stadium; amusement park ‘Divo Ostrov’ can be found on the walk from the nearest train station, offering a host of rollercoasters and even a sausage eating championship.